SIMONE SEZ: Hope for the Future of Food Writing

Thoughts on the present, from a brilliant culinary mind:

Last post, I talked about two close friends of mine (both food editors) who had recently lost their jobs at national publications. Above are a few words from one of them about the changes she’s observed in the past couple years.

The kind of writing we see today is hardly conducive to traditional food writing. There’s the fleeting nature of online content, which seems to contradict the tangibility of a cookbook—pages worn, covered in flour and smudges from Grandma’s cake-battered fingers. (Hard to believe that was once the only place to find recipes, huh?) 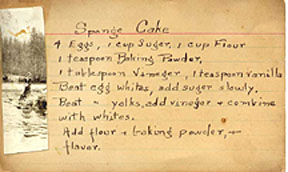 In my last post, I touched on the way words can make us smell and taste, yet words today are so often at a premium. The theory is that too many words will drive readers away. How many words can we make with 140 characters?

Granted, I’m a bit of an old soul. I’ve been at this for 25 years, and I built my business around the printed word, in an environment drastically different than we see today. At times I get nostalgic for the era of revered newspaper critics. In that way, you might call me traditional, but I’m also an optimist. And a ‘transitionalist.’

Okay, I may have made up the word transitional-ist, but that’s what I’m going to call myself. I’m determined to see the successful transition of food writing to the 21st century, and I’m hopeful.

I came across an article the other day by food writer John Birdsall that seemed perfectly fitting. He described an environment much like what I’ve experienced: major budget cuts leading to lay-offs and an unstable environment for food writers.  “Get two food writers together and what do we do?” he asked. “Bitch about the state of our jobs.”

I enjoyed his figurative language as he mused over the future:

Am I part of the generation that has to arrange the profession of food writing in its casket prior to burial? To tidy everything up, making sure its eyebrows are trimmed and it’s got a peaceful half-smile on its lips before the coffin lid is screwed down for eternity?

Yet, after painting a picture of the current landscape, John’s main point still circled back to the very essence of food writing:

‘When I’m working on a project, everything still feels exciting and fresh…’ Getting paid to write about food is an exercise in living like it matters, for as long as it lasts. How many of us are lucky enough to say that?

Granted, his article was dripping in sarcasm, but there was a message that resonated: he continues to write about food for the same reason he began. It’s a labor of love. Great food writers aren’t just on deadline, they’re expressing a passion. The goal is never to reach a certain number of impressions, but rather to make an impression upon certain people. Something a newspaper’s bottom line doesn’t account for.

I suppose that’s where I see the most hope in this new generation of food writers. Despite a lack of experience, and despite an evolving media environment, there’s a raw passion there. Susie Q’s food blog may only have 10 followers, yet she still devotes hours a week to writing content, creating recipes and sparking conversations… because that’s what she loves to do.

As much as I hate to admit it, the food world is changing, and lately it’s been at the expense of dear friends. I can only hope that younger generations will look up to these people, in order to carry the essence of food writing onto new platforms.

In a time of much uncertainly, I’m holding fast to my ‘transitionalist’ mentality.

Halt the burial, John. We’re hoping for a revival.

One comment on “SIMONE SEZ: Hope for the Future of Food Writing”