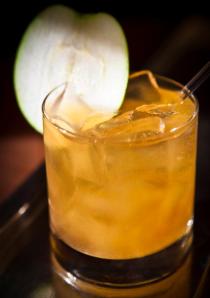 The Presidential cocktail at Quill

Today is the day! President Barack Obama has once again taken the oath of office, marking the start of his second term as president. The inaugural festivities have, for the second time, fallen on Martin Luther King Jr. Day (as did Clinton’s 2nd inauguration in 1997) giving us many reasons to celebrate today.

Sentiments here in Washington, DC, are of course split. There are a number of Americans who will be celebrating the victory of another long campaign, and perhaps equally as many who will be sitting back with skeptical eyebrows raised.

Despite the division between party lines, there’s a common denominator that just might brings us all together. You see, whether you’re raising your cup in jubilation or drowning your sorrows, you’re going to need to know where the good drink special are. Am I right?

That’s where I come in. I’m here to put a few inaugural food & drink specials on your radar. It’s a crisp day here in the nation’s capitol, with an evening chance of snow—all the more reason to slip on your liquid coat!

Quill at The Jefferson — Just steps away from the White House is the Jefferson Hotel, a.k.a. the ‘second-most presidential quarters.’ Quill is the hotel’s cozy lounge, which will be serving up The Presidential. The robust dram is made with bourbon, Apple Jack, lemon juice, simple syrup, cinnamon and whiskey bitters, and garnished with a cinnamon baked apple wheel. (Pictured above) You don’t see that everyday. It’s also not every day that you’re in DC for the 57th presidential inauguration, so cheers—drink up!

Brasserie Beck, Marcel’s — Chef Robert Wiedmaier is in the inaugural spirit, and he too wanted to be sure you had plenty of options today. At his flagship restaurant, Marcel’s, he’ll be serving up a Hawaiian Onaga “Obama” Snapper with snap pea risotto and ginger sesame pea tendrils. Meanwhile, Brasserie Beck will be offering the Obama-tini as their specialty inaugural cocktail (Ketel One, Hypnotiq Passion Frust Liqueur and a float of Blue Curacao). Blue as Hawaiian waters. Don’t mind if I do. 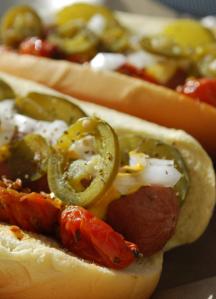 Bayou Bakery, Coffee Bar & Eatery — Just in case you already have a case of the munchies, I’m going to point you in the right direction (Arlington, that is). For today only, Chef David Guas will be bringing back a popular favorite from the campaign trail: the ‘POTUS’ Dog (paying tribute to Obama’s former turf).

This savory, Chicago-style beef hotdog just so happens to be topped with roasted sun-dried tomato, minced onion, dill pickle, pickled sport peppers, sweet pickle relish, mustard and a dash of celery salt. I’ve got even more good news: two dogs per order. If that won’t curb your inaugural craving, I don’t know what will.

And so, people of Washington, I realize I may be asking for the impossible when I urge us all to put the politics aside. But in the name of food and drink, perhaps we can find the will. Here’s to the 57th Presidential Inauguration and a happy Martin Luther King Jr. holiday.

I’m Simone. And this is what simone sez…